join the club!
Back

To cut bias strips, first cut across the fabric at a 45 degree angle. Cut edge in the width you need.

Keep in mind that the bias tape maker will reduce your fabric diameter in half when making single fold bias tape.

Cut the end of your bias strip off at an angle to help insert into the maker.

Optional: Pin end of strip to ironing board.

Use your iron’s steam setting while ironing, it creates better folds.

And there you have it, Single Fold Bias Tape.

To make Double Fold Bias Tape, fold the strip in half lengthwise again and iron. 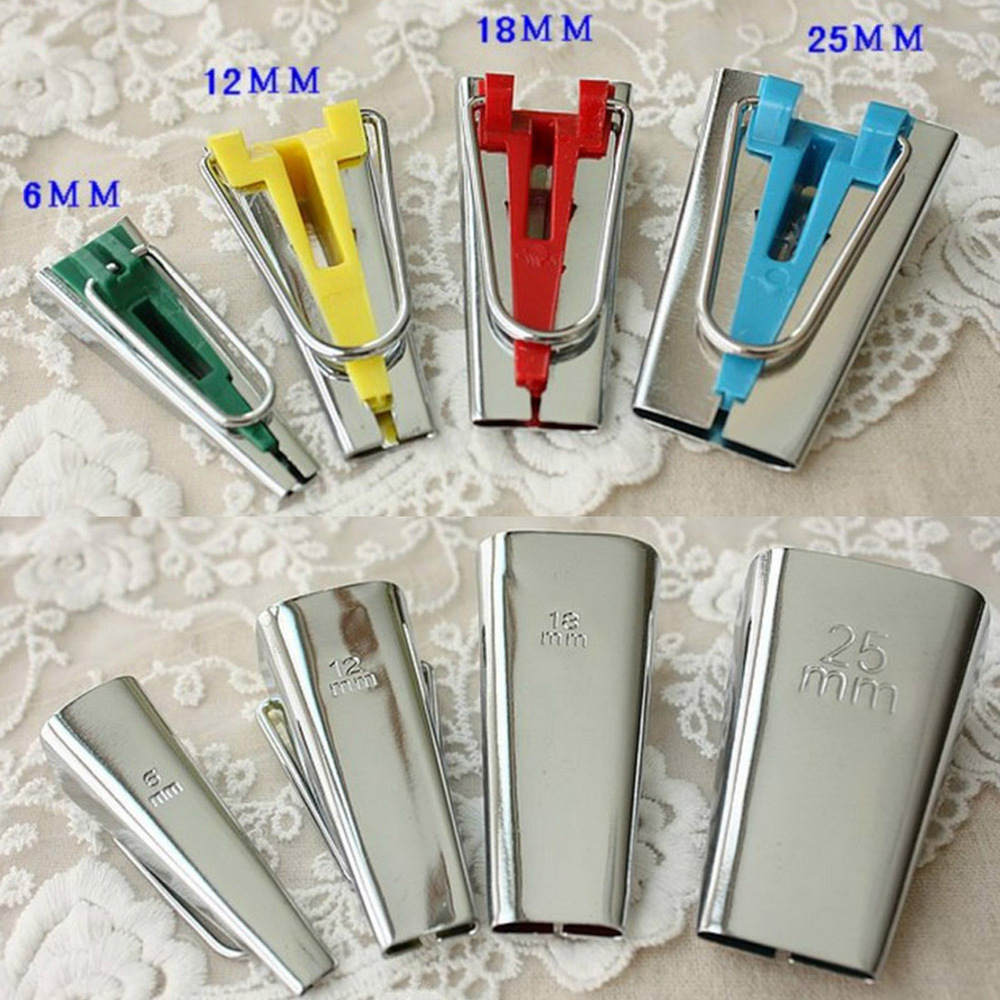